Concept
Based on the classical air-exhaust facade out of an external insulated glazing plus an internally ventilated glazing, which was yet successfully realized by Priedemann Facade Experts at the “Treptowers” high-rise buildings in Berlin in the early nineties, a new concept of an internal blind was developed to act as adequate sun shading.

The mandatory inner blind for anti-glare is being activated and becomes a separation layer in the façade system to generate an air-exhaust corridor between blind and external glazing. Enabling an internal sun-shading by generating a buffer zone for the exhaust of heat from solar radiation and at the same time without any external influences like wind etc. 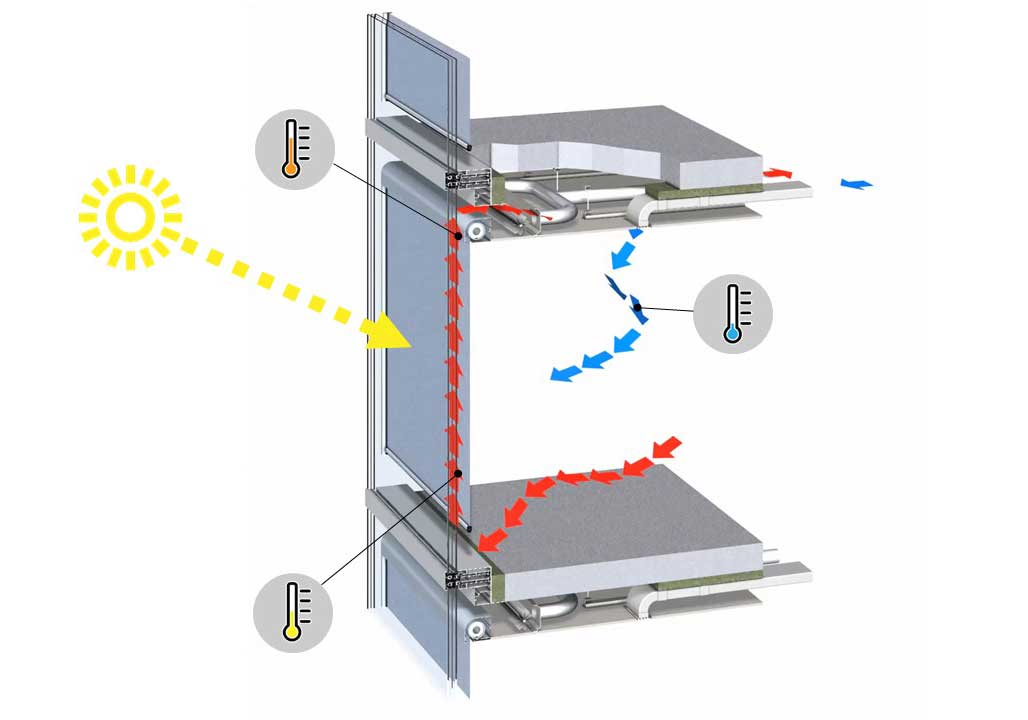 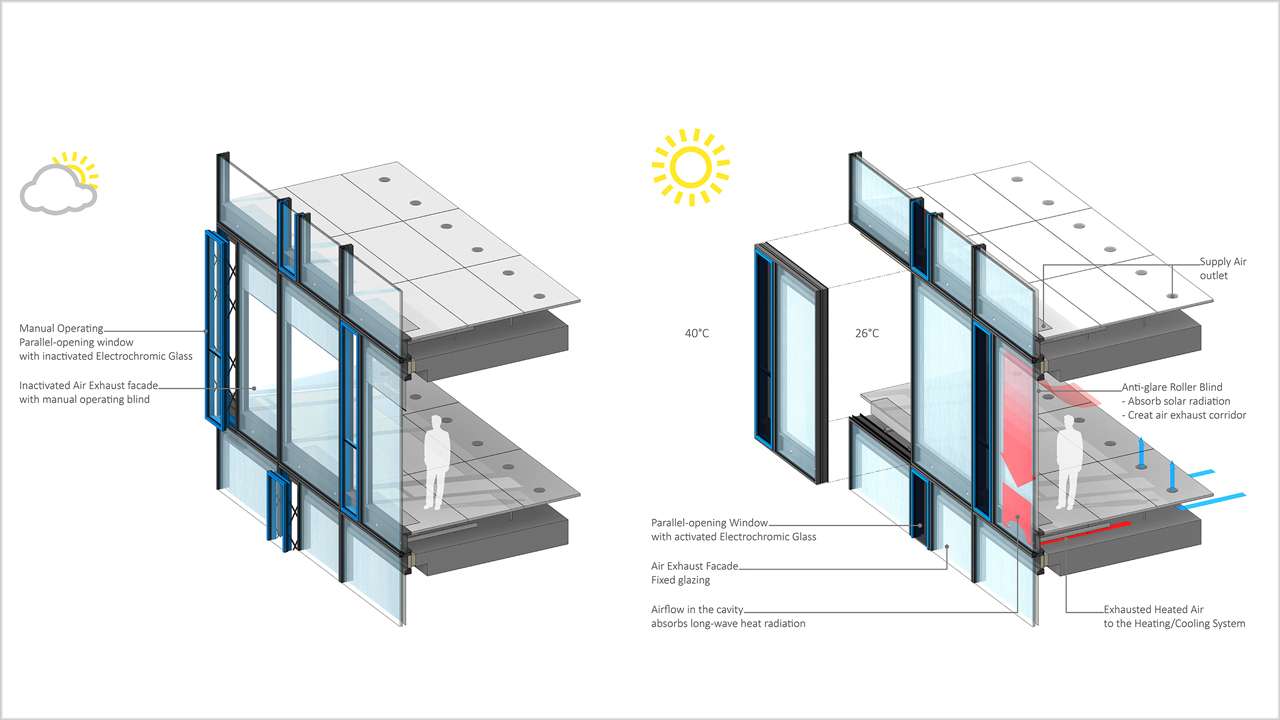 Solar radiation causing overheating of the interior space is captured within the given corridor between blind and glazing. On the surface of the blind the solar radiation is being absorbed and changed into long-wave heat radiation.

The exhaust air from the office is than sucked into and through this interspace leading away the generated heat by its air flow. Thus preventing unnecessary heating-up of the indoor space. In addition the surface of the blind facing the interior is cooled creating lower surface temperatures. This enables a higher quality in comfort because it prevents radiation asymmetry within the building.

As a result less cooling energy is needed and a higher user comfort can be ensured.
Since the blind and exhaust air system can be operated individually this façade solution creates a dynamically g-value of the all-over system regardless of weather conditions.

Testing & Benefits
To verify the efficiency of the ACT Facade and to define the ideal layout and combination of parameters such as screen choice, dimensions for the corridor and the intake width for the exhaust air etc. several simulations and scientific testing have been executed.

Showcasing that with the right airspeed, constructional detailing and blind materials a majority of the solar radiation could be exhausted before entering the room. During October having a high direct solar radiation towards the façade because of the low angle of the sun in Germany from a global radiation of 800 W up to 380 W could be extracted through the exhausted air, not including the reflection from the external glazing 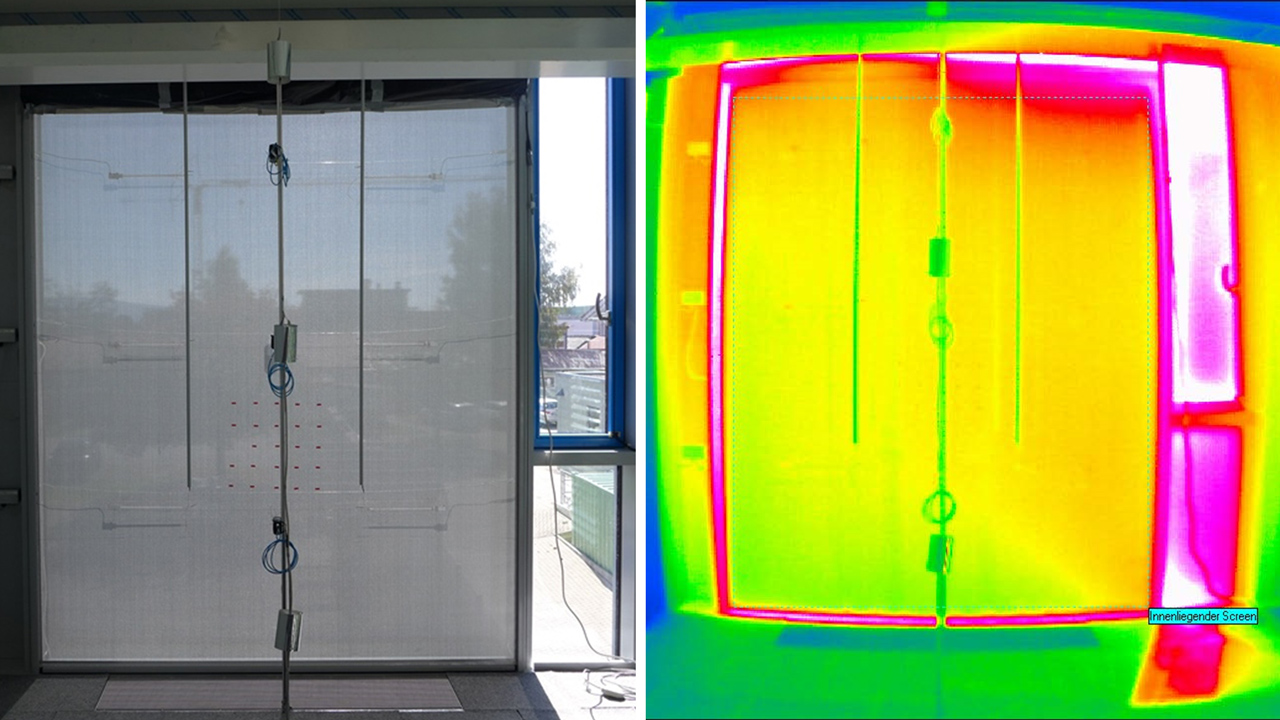 Tests to adjust the details at the Fraunhofer Institute

During these measurements for the ACT Facade reduction of energy for cooling of up to 25 % compared to the standard system could be quantified. Taking specific climate conditions in Dallas and standard facade systems even significantly higher savings in cooling load of the all-over building can be expected.

Besides the in-situ testing also several simulations and calculations had been done. These also confirm the effect of the ACT Facade as a fully working sun-shading generating a dynamic g-value, enabling summer heat protection and lowering the indoor temperature as well as cooling loads.

The undertaken measurements and simulations show that the ACT Facade ensures high values of comfort and energy efficiency and at the same time can be executed cost and especially space-efficient. Using standard components such as insulated glazing, zip-guided blinds and mechanical ventilation, that have to be implemented in up-to-date building offices anyhow, and at the same time generating floor space till the glazing, minimizing the space consumption to mullion and the depth of the insulated glazing.

Consortium of Experts
To further develop the ACT Facade system and for various project implementations, we have been collaborating with experts from different fields. As a team with various research partners, we continue to explore the ACT potential. For this we brought together the expertise of Priedemann Facade-Lab, Transsolar, Warema, Schüco, the Fraunhofer IBP and the Fraunhofer ISE.

With new construction projects and architectural façade design intents, new demands on the ACT Facade arise. However, within these further developments on operation, materiality and components a compromise between view, glare, daylight autonomy and solar heat gain must be found to improve user comfort as well as energy efficiency. 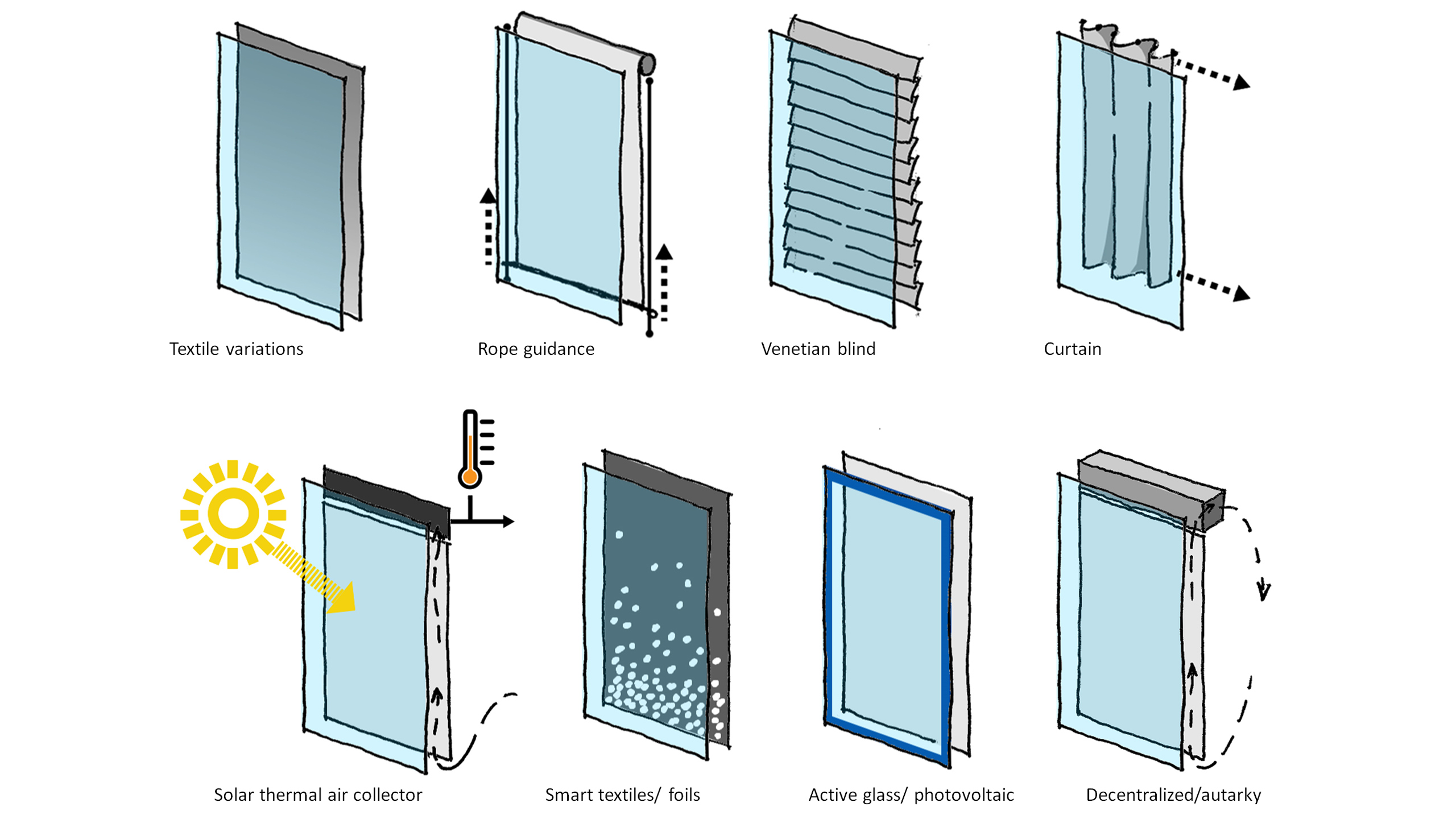 For future applications of ACT Facade, the combination with further technologies is envisioned. Such as newly developed textiles for the screen including coloured low-e coating, integrated PV and/ or OPV, adaptive textiles through smart material integration etc.

Moreover, the whole façade unit can be enriched by using special energy harvesting technology such as translucent amorphous photovoltaic or PV integrated in the spacer within the exterior glazing – also enabling self-sufficient decentralized ACT Facade units.

The inner layer has a high degree of flexibility. In the case of, for example, the refurbishment of a single skin facade the ACT Facade system could be implemented by solely exchanging the inner facade layer. By this, not only ease of construction is given but also the potential of individual design by the architect but also the user/tenant.